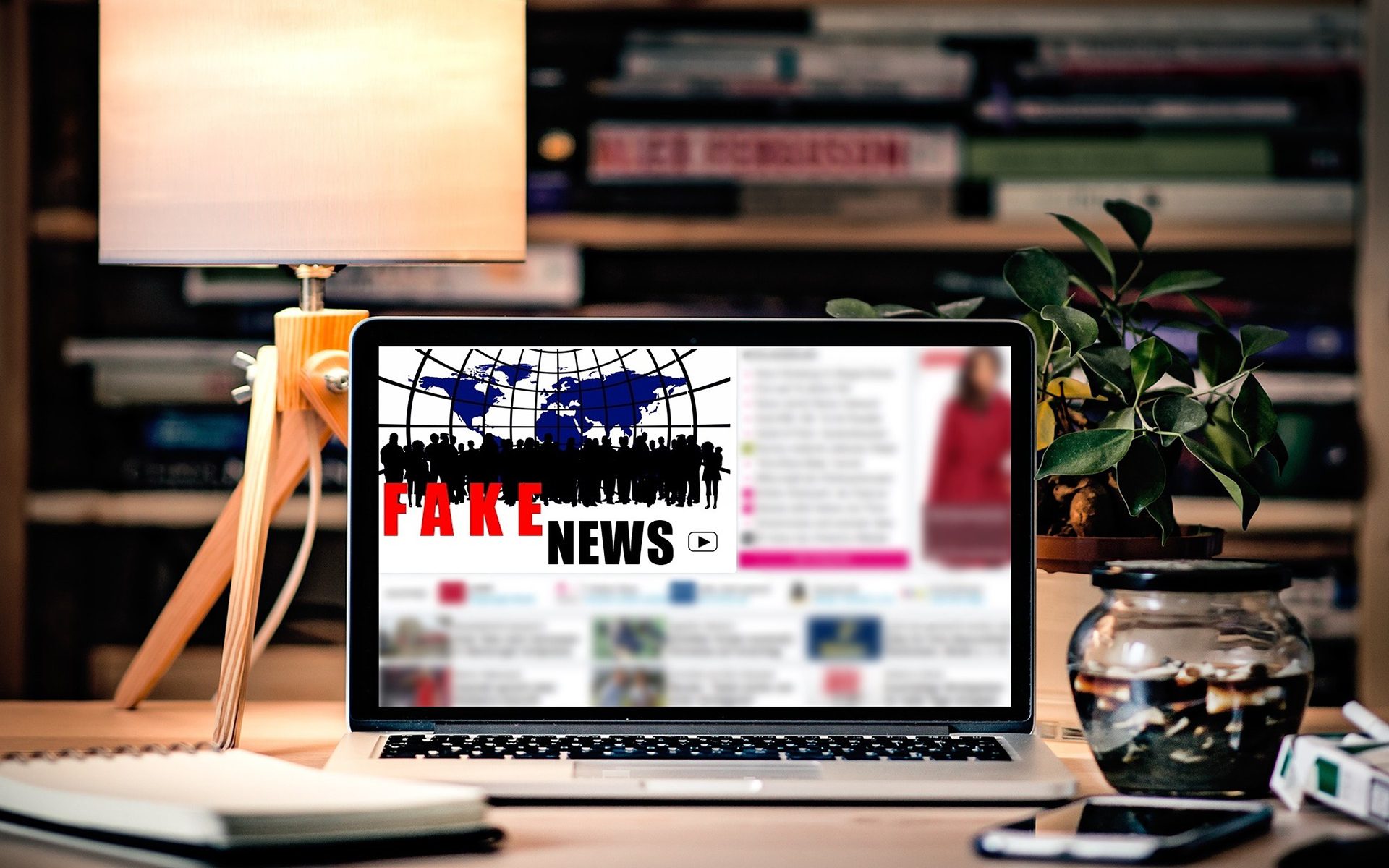 For those of you who are following US politics at the moment you would be hard pressed not to have come across the phrase ‘Fake News‘. It is the buzz-phrase that everyone is using, all sides of the political spectrum accusing each other of dishonesty in the way they represent the facts.

The whole thing seems to be a tremendous mess! Who do we believe? Who can we trust? Is it the mainstream media that are lying to us or is it the smaller right-wing sites? Which politicians can we have faith in, if any, and which should we be taking their pronouncements with a massive sackful of salt?

When the Torah talks about lying it uses an unusual expression that we do not find with other laws. The verse says מדבר שקר תרחק – You should distance yourself from falsehood (Shemot/Exodus 23/7). It doesn’t say ‘Do not lie’ or ‘Lying is prohibited’ but rather it uses the term ‘distancing’, i.e. get as far away from it as possible! What is the reason behind such a phraseology?

As we will see below, there are many levels of falsehood, some which actually involve telling the truth! The Torah is acknowledging how dangerous Fake News is, it can permeate every area of our lives in the most subtle of ways, often without our realizing it. The verse therefore bids us to ensure we stay as far away from any semblance of untruth as is possible because if we are not actively running away from it, it will take over our lives!

One of the complications when it comes to understanding who and what to believe is that we actually have difficulty in providing a sensible definition of what Fake News really is. I would therefore like to present to the reader the many levels of Fake News as described by Rabbi Yisrael Meir Kagan in his book Chafetz Chaim.

In a previous article we said that Lashon Hara – Derogatory and Harmful Speech – is prohibited, even when the information you are communicating is 100% true and all the more so when it is not. Nevertheless, there are times, when there is a specific positive purpose in communicating the negative information, where according to Jewish Law one may pass on the information to the relevant parties. Even so, there are certain criteria that one must fulfill before doing so which we hope to inspect in detail in the future. One of them is that the information being communicated must be absolutely true.

It is in this context that Chafetz Chaim explains how pervasive Fake News can be and what to look out for if we want to combat it.

The 5 Levels Of Fake News

The 5 levels of Fake News can be summarized by the following titles: The Lie, The Exaggeration, The Commentary, The Selected Truth and The Historical Truth. Let’s delve into each one in turn.

There are a tremendous number of liars out there, but most do not use this particular type of lie that often (unless they suffer from pseudologia fantastica – otherwise known as a ‘pathological liar’). The reason is that it is the easiest to uncover. You just need to prove that it didn’t happen, couldn’t have happened, the person wasn’t there when it happened so couldn’t have seen it etc. When the outright lie is used it is usually hidden among a whole list of facts that everyone knows are true and therefore people assume that this too is true.

Now this one is much more common! The story is in essence true, but certain aspects of it are exaggerated. “He slapped him” can be exaggerated as “He punched him” or “He kept on slapping him” or “He keeps on slapping people”. “There are hundreds … thousands … millions of” – throwing out numbers can often be an exaggeration! Words like everyone, always, worst, best, literally, often take a fairly reasonable, truthful, statement and exaggerate it.

And it is also more dangerous. Because it is based on the truth it is much more believable. The truth can often be verified and then the exaggeration is automatically believed as an extension of it.

Chafetz Chaim explains that even when negative information needs to be told, one must be extremely careful not to exaggerate any aspect of the story and say only exactly what happened and nothing more.

You will often hear someone report something that happened and then give their spin on it, why it happened, what the person was thinking, what their intentions were. “It is clear that X was intending Y” or “the fact that X did that shows that his worldview is Z”.

The Torah tells us בצדק תשפוט עמיתך – Judge Your Fellow With Righteousness (Vayikra/Leviticus 19/15) from which the Rabbis understand that we are required to judge people favorably, that when we have a variety of different explanations as to what or why something happened we should assume the positive one. At the very least, when we need to report something negative for a constructive purpose, we must only present the facts that we know to be true and not our unfavorable commentary on it.

When we use a person’s action as a springboard for identifying their core beliefs we are creating a falsehood. One missed birthday does not make someone uncaring or unloving. One mistake does not make someone a tyrant or an idiot or a racist. The reality is that people make mistakes and may forget something important or say something they regret. If we start constructing all sorts of interpretations on their behavior we may well end up presenting an extremely distorted view, one which could also result in us responding in a non-constructive way.

Imagine the following scenario. A rogue terrorist organization repeatedly rains down rockets indiscriminately on a largely civilian population and eventually, after years of no significant response, the democratically elected government of the country under constant attack decides to respond with a forceful military offensive. Now imagine that the media is quiet about the years of initial rocket attack and then wakes up and starts reporting on the military response. Even if the reporting is completely accurate, it still presents a very distorted picture as to who is the aggressor and who is taking defensive action.

Imagine a situation where a report will selectively present only the most successful moments or only the most damning mistakes when discussing a person or an organization.

Another example – let’s say someone is writing a review of a performance or a book and there is one aspect that they dislike which makes up less than 1% of the whole. However in the review this small aspect is stressed so that to the reader it appears as if the whole is much worse than even the reviewer intended.

In each of these cases not a single lie was told. However, the overall outcome is Fake News because the listener receives a distorted picture due to the careful cherry picking of information!

This is similar to the Selected Truth but it works over time. If we were to be talking about a great human being who has done tremendous good in the world and someone in the discussion pops up and comments “I remember him when we were in school together and he was really lazy”, this comment automatically affects the way the listeners view the person. Even though they know that this person is someone special, just hearing that he wasn’t always can diminish the way he is viewed now, even though he really is not lazy anymore.

Imagine a teacher who is trying to educate his students about bullying. One child goes home and tells his father about the inspirational talk the teacher gave. The father replies “that’s interesting, ’cause when we were young he was a bit of a bully himself”. Despite the fact that the teacher probably completely regrets his previous behavior and is trying to make up for it by changing realities on the ground, his standing and his message have automatically declined.

In this way one presents a false representation of who the person is now based on what they were in the past.

The Complete Definition Of Fake News

In summary, the best definition of ‘Fake News’ that we can give which summarizes all of these levels, is – information that, even if it is absolutely true, provides the listener with a distorted picture of what is really going on. And we are all, unless we are being particularly careful and self aware, guilty of it to some extent. Distancing ourselves from falsehood means that in every discussion we have, in every comment we write, in every blog we post, we must try our best to ensure we are providing the most accurate image possible, for if not, we’ll be Fake News too!